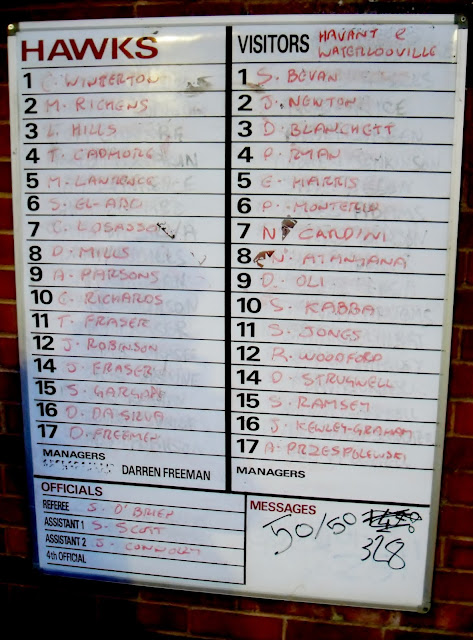 This has been especially so for us as, very clearly, the Gods of knockout competition success clearly have it in for us. In the FA Cup and FA Trophy, we have been drawn away from home ten times in succession, the last three in this ‘ere Trophy against teams from the Conference South which we’ll be visiting this season anyway. Thus the excitement has yet to build to a farty puff, let alone a head of steam.

It was particularly difficult to get giddy about a Whitehawk day out, considering we’ve ALREADY visited them this season. Two all draw, since you ask. As much as Whitehawk is in the great city of Brighton & Hove, this was mid-December, and is such a walk from Brighton central station that I brought with me a compass, some Kendal mint cake and a mule.

Then again, for all that we like a trip somewhere new, somewhere outside our usual geographical territory, we had that twice last season, to North Leigh and Grimsby, and fine days out though they both were, those games signalled the ends of the respective Wembley-focused escapades. So I guess the reaction to each draw is about weighing up whether you want a big day out now, or the possibility of one to come further along. 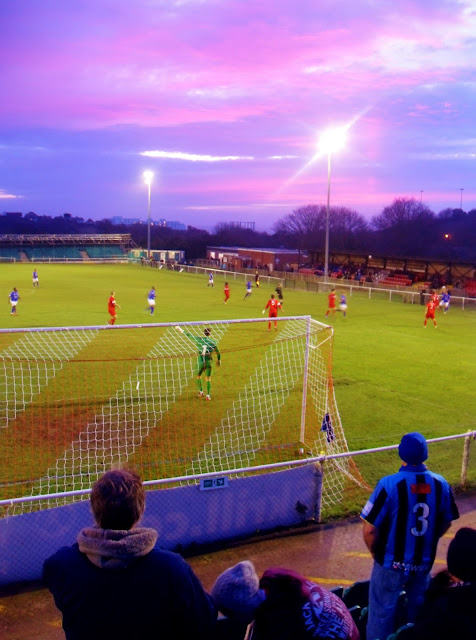 As the ‘injury time’ quota was displayed in the 89th minute here, my mind turned to the fruits that our one-nil triumph over Whitehawk would bring, a day out to Lincoln City maybe, or some proper grim north beano-ing at Chorley or North Ferriby. Closer to home, even Hungerford Town and Luton would be new territo…and it was at this point my ‘Jolly Boys Day Out’ day-dreaming was brought to swift closure by Whitehawk’s 92nd minute equaliser. A free kick out on the right was threaded to the edge of the box where Sami El-Abd was able to poke a shot in the tight gap between Scott Bevan’s outstretched arm and the post. Gah.

Whitehawk had had a decent spell at the end of the first half, with a soft goal-line clearance and a flying Bevan save required, but aside from that they didn’t offer a great deal. Then again, we weren’t packing quite the same punch that had slung three past Chelmsford and five past Dorchester in our last two league games.

Indeed the most significant impact we made on Whitehawk in the first half was when left back Lee Hills copped a close range toe-poke below stairs, straight in the man-marbles. We were wearing our deep mauve third kit today, but in terms of purpleness, no doubt Hill’s sad sack would have taken the prize for vividity. After plunging a hand in for the unlucky dip, he was able to determine a 1-2 count-off and thus played on, albeit tentatively to begin with.

Ciardini and Kabba had chances and the momentum was largely with us for long spells, but it wasn’t until the 67th minute that we had taken a lead. Perry Ryan’s free-kick was flighted perfectly for Ed Harris to connect a firm forehead to a ball which looped with some heft over Whitehawk keeper Chris Winterton.

In the end, as comfortable as it all felt from minute 67 to minute 90, Whitehawk snatched our purse but thankfully we’ve held onto the strap, so the tug o’war will continue on Monday night.