Ashington has quite the footballing pedigree. Sunderland stalwart Cec Irwin, Jackie Milburn, and more Charlton brothers than you can shake a tweed flat cap at (well, two) learnt their game, as cliché sees fit, in the streets and back alleys of the town. Wor Jackie remains in the high street to this day, in iron statue form between Woolies and the Carphone Warehouse. The statue captures him trapping the ball in the air; his hair, expression and poise making him look like Ralph Fiennes auditioning, with clipped Shakespearian grandeur, for the role of fifteenth zombie in a Merchant Ivory adaptation of Michael Jackson’s ‘Thriller’ video.

Jackie turned out for Ashington in his time and it is the club itself which represents a further link between the town and the professional game. As part of the splitting of Football League Division 3 into regions North and South in 1921, Ashington rolled up with North Eastern League contemporaries, Darlington, Durham City and Hartlepools United as part of an intake of 20 new clubs. At this time Portland Park was upgraded so as to be capable of housing 20,000, half that number turning up for the first game, a 1-0 win over Grimsby Town. 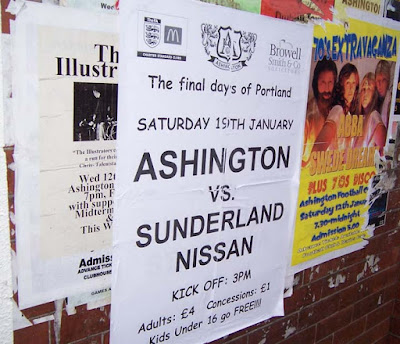 Ashington were only to last for eight years in the Football League, York City being elected in their place in 1929. The final season was played out in front of crowds diminishing rapidly partly due to uninspiring onfield performances, but mostly as a result of the miners’ strike. Being a pit town, and with cash at a premium, a poorly performing football team would have been one of the easier sacrifices.

To look at Portland Park now, through the wide openings in the perimeter fencing where once there were slats, or from the terrace steps littered with broken glass and abstract pigeon art, its history would not be immediately clear. The outward facing bits covered in one-letter-per-A4-sheet adverts for prior games betray the fact that there is no worth in giving the ground any further love and attention; the home game against Seaham Red Star on February 15th (see links below) was to be the last. 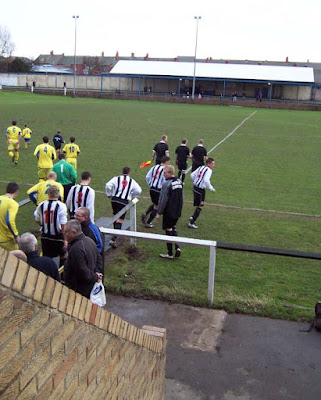 It has been a long road to departure, the club having had to ward off the local council’s advances on Portland Park for nearly a decade and a half. Ashington were like a settled cave-dweller beating away a horde of angry itinerant bats with a big plank of the wood; that plank being the covenant put on the ground when the Duke of Portland bequeathed the site to the town and its people in 1907 for sporting and recreation use. A change in covenant law though allowed the council to get the land on compulsory purchase.

With the marauding, development-keen local government officials constantly circling, the ‘Keep Football in NE63’ campaign had been set up to raise awareness about the threat to Ashington’s footballing tradition. To have the rhetorical enquiry “how many other English towns can boast two World Cup winners?” in their argumentative arsenal was a pretty good start. As a result a new ground at Hirst Welfare should, finally, be forthcoming. The club will be wanting it sooner rather than later so as to keep up their earning power from functions, dos and discos. The weekend prior to this had seen a 70’s night featuring ABBA tribute Swede Dreams, an act who, going by their bill poster, pay homage to an ABBA that apparently featured Dave Lee Travis. 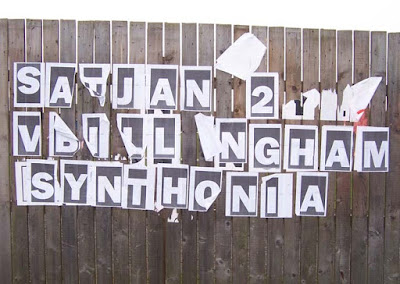 To make the most of their current 101 year old ground prior to being turfed out, and I imagine saving on ground-sharing costs, the majority of Ashington’s home fixtures have been switched where necessary to get them completed by the mid Feb cut off. Aside from a couple of rogue ‘home’ fixtures, most likely to be played at local rivals Bedlington Terriers, the remainder of the season will see them on the road. The nomadic lifestyle would be a daunting prospect for any side let alone one that hasn’t quite got going this season, the Colliers being in the bottom half of the table despite playing more fixtures than anyone else in the division.


Despite the fact it is now a pretty austere facility, their remains a clear affection for Portland Park amongst the Ashington hardcore. It is perhaps no surprise that a town with a history of mining and striking should know there way around sloganeering and signage. All around the ground, white washed mottos are daubed around the perimeter fencing, the words weaving around the wintery starkness of the bushes and trees that jut out like ribs on an emaciated cadaver. The phrases are all particularly folksy, heartfelt and often wilfully and brilliantly cumbersome. Phrases like “Portland Park, our home, 1907”, “Take me home, Station Road, it’s the place we belong” and, my favourite, “The Grand Old Duke of Portland, he had ten thousand men, he had a covenant on the ground, but the commie bastards stole it anyway.” Clearly there is still life in the body of the club; it’s just their house which is facing extinction.

It is quite poignant and appropriately old-worldly, particularly with a club old boy’s reunion in the bar later that evening, that this game should kick off just as distant church bells chime for 3pm. However, despite the nostalgic knees-up, Ashington 07/08 vintage cannot serve up a fitting victory. Sunderland Nissan had the first chance in the fourth minute, Gavin Cobden beating the offside and placing a shot past keeper Paul Simpson. However the ball rebounded off the post back into Simpson’s arms, Richard Hodgson following up with a sharp boot to the keeper’s back. 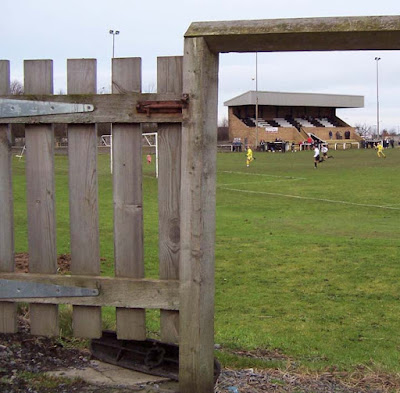 Only six minutes later the away side took the lead. After good build up play, David Wells’ cross to the far post was nodded back across goal by Neil Tarrant, Hodgson being on hand to stick a leg out and push the ball home like a billiard cue attempting a safety. This galvanised Ashington somewhat, as Lee McAndrew, looking like a lenticular picture of a young Glenn Cockerill and, err, an old Glenn Cockerill, depending on which angle you look at him, broke down the right not long after the restart. His cross was perfect but Michael Dickinson prodded his header over the bar. Dickinson was again put through a minute later but scooped his shot wildly over the bar. Not long after, on yet another break, Dickinson got on the end of a Justin Millican pass, only to see his shot cannon off the outside of the post.

Despite more Ashington pressure, there was no goal for them, but in the 36th minute there was another for Nissan. Hodgson delivered a corner to the back post, where unmarked Leon Ryan was on hand to thump a header home. It almost got worse as, four minutes before half time, Neil Tarrant rounded the over-committed Paul Simpson, but was drawn far enough wide that his lobbed shot sailed over the bar. 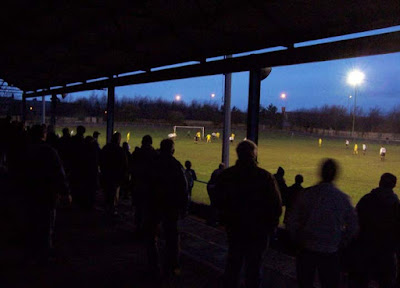 After the break, Simpson had to be on hand to make a double save as the Nissan strikers bore down, the second of which he palmed into this own face. Possibly sensing an exciting half, the local urchins began squeezing through the gaping holes in the perimeter fence. Within a couple of minutes though, they buttered up and slipped through again just as quickly, the ASDA across the road possibly looking good for some tea-time stealing’.

Just before the hour, Dickinson’s break through and his firm shot looked destined to rip out the top corner before Nissan’s keeper made a brilliant tip over. Soon after, Ashington made a substitution; in the t-shirt and no-vest north of England, they clearly don’t go in for wet, middle-class superstitious bullshit, or such is the statement made in sending on their number 13. 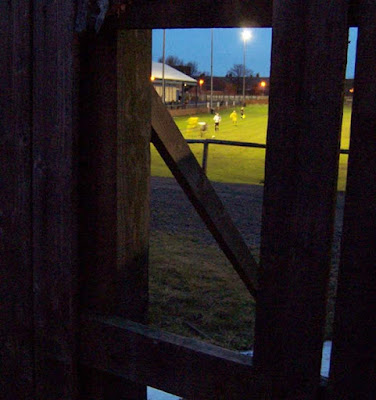 Struggling to get back in it, Ashington needed something miraculous and got it. Ross Atkinson went in for his circus high-wire act and performed a perfect circle with an overhead scissor-kick that looped over the keeper and inside the far post. It may well have been the best goal at Portland Park in 101 years and, as such, came with a loud collective gasp.

Ashington kept plugging away, but the equaliser never came and thus enabled Nissan to continue their assault on the summit of the Northern League, despite not having applied for promotion. Ashington meanwhile had to hope that the remaining two Portland Park fixtures would give them the opportunity to present an appropriate winning parting gift to their loyal fans.