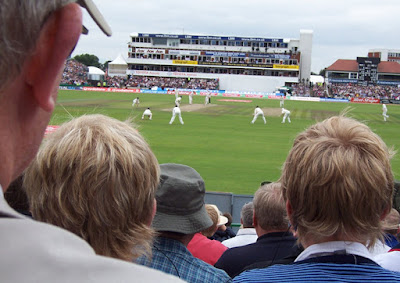 I'm not going to say much about today as all the newspapers will have there much more erudite take, and also you can check the websites I listed here for an Aussie perspective.

Up at 5, on the train at 5:55am, outside the ground at 7:15 and in by 8:30. It would appear the early bird approach was the correct one as thousands were locked out. Such a shame not everyone could get in. All worth the lack of sleep though, without doubt.

When you consider this was the last day of a 5 day sporting encounter that ended up in a draw, it is perhaps difficult to explain, to those not in the cricketing know, that this was possibly the most exciting time I've had at a sporting fixture. The atmosphere inside Old Trafford yeterday was at times unbelievable. 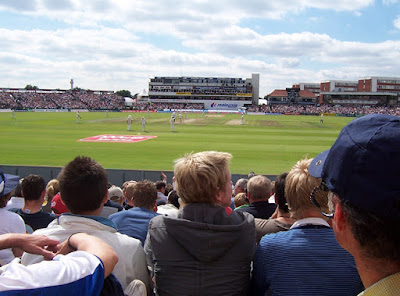 Indeed, when Ponting and Clarke were well into their partnership the noise built and built and you could tell something was going to happen. Then Simon Jones pulled out that awesome reverse-swinger to uproot Clarke's off stump. Magical.

We didn't win, but a pulsating days cricket which England should take great heart from. When was the last time England could field 7 in slips and gully with a silly point and short leg? These are great days indeed.

Let's hope we can keep it going for Trent Bridge and The Oval. 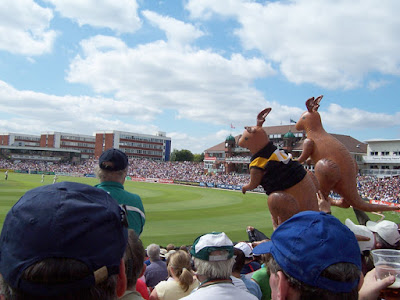 Anyway, now back from Edinburgh I've updated the box social site with the last 2 days in review. I'll be back there again from next Wednesday.

I also managed to get to two footy fixtures while in Edinburgh and those will appear in the next week on here.
Posted by skif at 5:25 pm