I believe Test matches to be the highest form of cricket. Maybe because I’ve never played it. Twenty20 though? I was playing that at school, son. Twenty over games were the ideal length for school leagues so you could get straight to it after the final bell and still be home in time to claim your dinner before the dog.

The thing about Comprehensive school cricket is that your team is unlikely to be totally in thrall to the sport. Tends to be three of four will take it seriously (i.e. have a pair of white trousers), whereas the others are just keen to fling a bat around. As such, despite being an opening fast bowler, I was also a de facto opening batsman, mainly because, as captain, I felt a duty to take the first ball when no-one else would. However, just cos I knew the theory to playing proper shots didn’t mean that I was able to execute them.

Similarly, my being given the captaincy in our first year simply because I knew my fly-slip from my deep extra cover was equally misguided. One resignation later and we were league winners. Quitting! You know it makes sense. 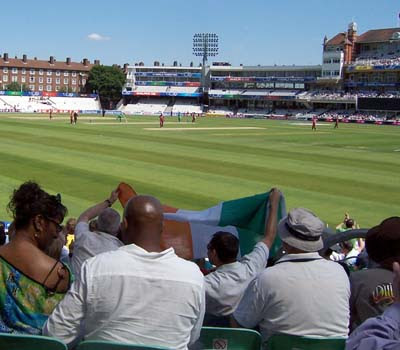 Problem was, my batting was affected by the manner in which I often practised. Being siblingless (and apparently friendless), I would spend hours (when not bowling into the garage) throwing a ball against the wall of our house and playing the rebound. Not ideal for an aggressive poise or for playing anything other than a backward defensive stroke. On three occasions that I did hit out, I took out three of the four panes of glass in the shed. As such, I played twenty-over cricket like Geoff Boycott up to his nipples whilst wading through porridge.

For the purposes of research, I’ve been looking over the scorecards from our league-winning campaign. My highest score of 41 not out came off 45 balls, which isn’t the worst, but 23 of those were dots. However the nadir had to be my final ever innings for Warblington. A huge 6 from 3 scoring shots and 18 dots. That’s 3 overs of the 20 I wasted there. As it goes I was run out that day which, sixteen years on, I now believe may not have solely been down to the guile of the fielding side. Luckily I had a good summer with the ball in hand, so I usually try to remember the displaced stumps and the chin music rather than the playing-and missing and the endless forward defensive shots.

As a result of all this, it is perhaps no surprise that I view Twenty20 with both a lack of awe, and also grumpiness at people smacking balls out of the ground with such ease it looks more like a kindly old gent with a pocket-watch flipping a 50p into a busker’s hat whilst doffing his own for a jaunty ‘good morning’. 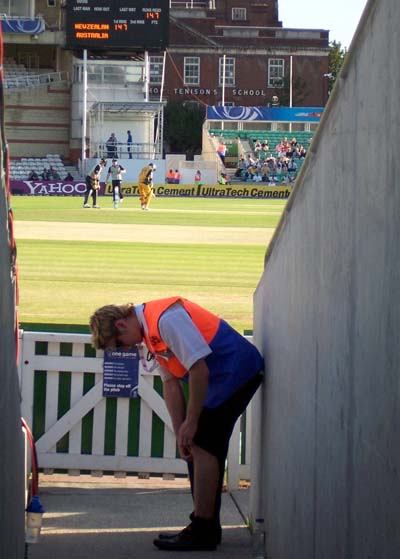 Yet, Twenty20 is a popular form of the game, and can certainly provide some thrilling finishes, so who am I to complain? Yet, as exciting as England’s games against the Netherlands and India were in the tournament that followed these warm-ups, the most thrilling sport I have ever personally witnessed remains the fifth day of a game that ended in a draw (England vs Australia, Old Trafford, 2005) and how can you compare beating India by three runs in just over three hours to beating Oz by two runs over the best part of a week?

Certainly, these warm up fixtures saw two fine displays from two of the world’s finest batsmen, Chris Gayle and Ricky Ponting. Now I’ve seen terrific centuries by Graeme Smith, Younis Khan and Mohammed Yousuf against England in Tests, not to mention Ponting’s 156 in saving the game at Old Trafford, and have stood long to applaud each one. Yet, however good a performance is in a game like this; one can’t help but feel that the barrel has been freshly filled up with about ten times the usual number of fish, and their blunderbusses are overloaded with shot.

Perhaps it’s the warm-up nature of it, with the ground less than a quarter full. Or perhaps it’s because centuries are rare in this game, and fifties have traditionally been met in the longer forms with the kind of half-out-the-door rap-tap applause one gives the facilitator at a team-building event purely for remembering to bring the copies of OK! and Bella to make a collage out of. Runs lose their value if they appear to be coming too easy. 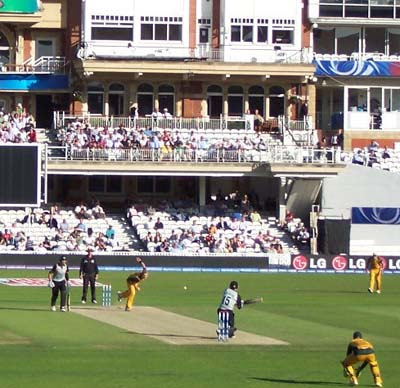 Gayle’s innings was a pulverising one, containing 7 sixes and 6 fours, and was worthy of the competition proper, yet whilst he was met with a good reception, it was nowhere near euphoric. It perhaps also didn’t help that neither game could really be described as a tense contest. Australia left it ‘til the second ball of the last over to beat New Zealand but, in truth, the result was never in doubt. New Zealand, were perhaps given an inferiority complex by all having to walk out to bat accompanied by a tune by an Australian band (AC/DC’s Back In Black), were 21-5 inside six overs thanks to terrific opening spells by Brett Lee and Mitchell Johnson, but recovered well, all told, to reach 147-5. Australia though were able to take their time, and despite wobbling like a watery plated jelly at 26-2, Ponting and Clarke were in imperious form, and Andrew Symonds was able to make possibly his last contribution to Australian cricket with a quick 17 to see them home without any panic.

Ireland are a side that need the vim of proper competition, one imagines, if they are to score their minor miracles such as beating Pakistan in the last World Cup, and they never really got going with the bat for their game, and 130 was never going to be a match for Gayle with his ‘I’m actually quite glad to be here’ head on.

Yet for all the complaints, it’s a day out in the sun at the Oval watching cricket, and how bad can that ever be?
Posted by skif at 12:01 am