As suggested in the Kentish Town piece published a fortnight ago, this years Extra Preliminary Round gambit follows a theme of Roads near Wembley (on the Road to Wembley). Indeed, Kingsbury is so near the national stadium that the two geezers singing underneath the covered terrace at Silver Jubilee Park were able to add a second verse to the standard issue “We’re the famous Kingsbury Tigers…” FA Cup chant. “We’ll get the 83 and we’ll be off to Wem-ber-lee” they told us, although by taking their team’s name out of the tune, they may well just have been referencing their plan to hit the Primark on the High Road after the game.

Whatever their nuance, logic dictates that any club entering at the Extra Preliminary Round, in fact anyone entering before the Third Round proper really, are fairly likely to not make the final. At this stage of course, it’s all about the prize money; about seeing how much of the FA’s honk you can jam into the club wallet. For clubs like Kingsbury and Eton Manor, plying their trade in the Spartan South Midlands and Essex Senior Leagues respectively, this round’s relatively modest spoils of £750 to the victor, will still go a long way. 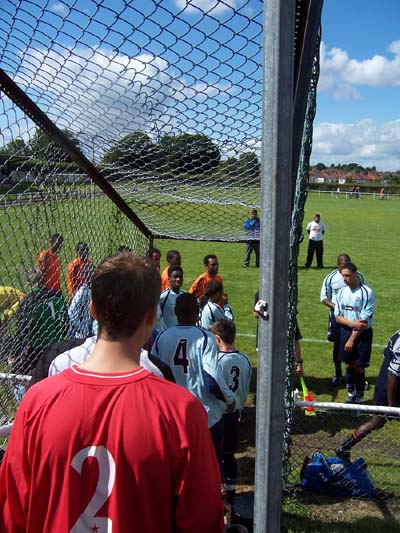 Certainly, the FA Cup offers an opportunity to put a team on the map. This would suit Eton Manor more than most given they’ve lived a fairly nomadic existence in recent times, being based at Leyton Pennant, Barkingside, Tilbury and Waltham Abbey in the last eight years alone. Kingsbury, with their average attendance of 24 last season, would also want to make in-roads into the community. They though would appear to have several populations whom they could, theoretically, dazzle.

When people talk about clubs with an ampersand, like Dagenham & Redbridge, they sometimes make the joke about having to play two teams. Kingsbury London Tigers may not have an ampersand but still appear to be two clubs co-existing under one umbrella name. Kingsbury Town, formed in 1919 as a club for demobbed ex-serviceman drinking out of the nearby Plough boozer, merged two years ago with London Tigers, a progressive Bangaldeshi-community youth and sports charity organisation based in the City of Westminster, but with projects ongoing across Camden, Brent, Ealing, Harrow and Tower Hamlets.

As mergers go, it appears a little clunky. The club tracksuits and team shirts which read “London Tigers” and the PA announcer who absent-mindedly refers to “Kingsbury Town” every now and then suggest an identity crisis that could spread like tree-roots under freshly-laid pavement. If splinters do start to appear, you could well see them following in the footsteps of Walthamstow Avenue & Pennant and de-merging but, for now, it seems to work well enough for them. However, that there was an application to revert the combined club’s name back to a simple ‘London Tigers’ last summer, an application turned down by the FA, suggests that those pulling the strings at Townsend Lane really ain’t that bothered about Kingsbury Town’s history of heavy drinking, ‘during the war’ style anecdotage and occasional football. 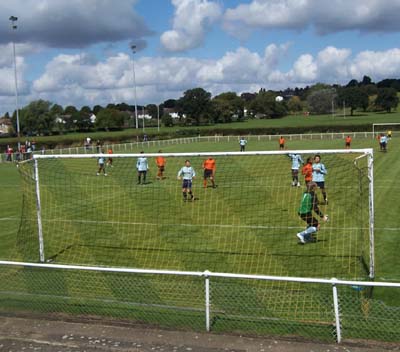 Yet, for all this talk of potential disquiet, having six people singing a call and response “Everywhere we go-oh…” chant at this level means connections are being made, and those that join in do so in a second half dominated by their side. It hadn’t been so straight forward for them in the first period, Manor looking the much quicker, slicker and relaxed, this despite Loukman Beckley getting a tap of a toe-end bouncing off his ball-bag within five seconds of kick-off. Jakovo Odasi-Ukueku managed to trouble convex Kingsbury keeper Randos Nunes a couple of times, on one occasion getting locked into his beefy arms like two heavyweights having a mid-bout cuddle. Ultimately though, Manor had little to offer in front of goal.

As time went on, and two-fella chants of “Tiger Feet” and “Pride of North London” rang out, Kingsbury grew in stature, with Tarik Ellekhlifi going close with a header. Not long before half-time, Edson Cata spun like a copter blade, back-hand slapping the ball with enough force to send it through keeper Steve Lambert’s hands, hit the inside of the post and spin across the line. However referee Luis Pinto Nunes was quick to blow up for the God-hand gambit. 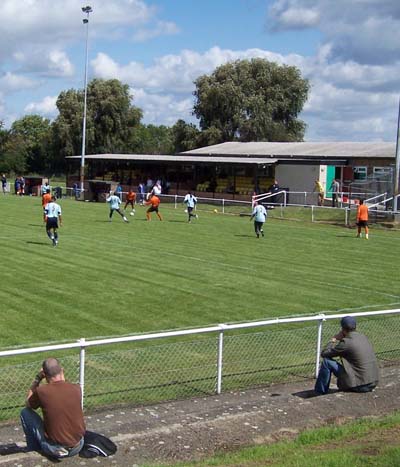 Kingsbury eventually took a lead five minutes after half time, Henry Emenike firing across goal, a cross that evaded many a leg but not Cata at the back post who easily turned the ball in. The excitable Randos Nunes quickly proceeded to jumping up and down like he’d just made a foolhardy two-footed leap into an unchecked, red hot bath. Perhaps it was this general excitability that meant virtually all of his throw-outs went over the byline, to the opposition or, on one occasion, straight into the home dugout without bouncing; anywhere but a Kingsbury body part. That’s said, he did appear keen on working in some relaxation time, a copy of the matchday programme laying in the back of his net throughout the second half.

He didn’t have time to flick through it after the goal though as Manor stormed straight up to his penalty area, Farid Jesus crumpling under a challenge beneath a rather unimpressed looking ref. From this point on, Kingsbury had the game sewn up, Sirak Beyene and Joel Pardal both having a couple of chances to bury the away side. 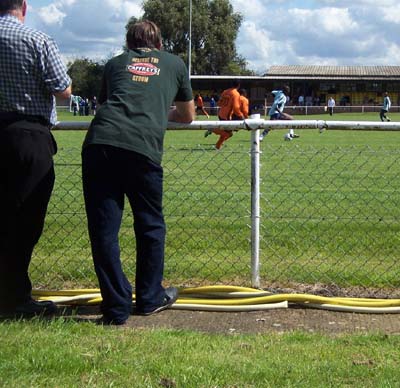 In the final minute, a genuine shock came: Nunes got a throw to go where he wanted it to. Not just any old throw either, he launched one like a ‘roided discus powerhouse that sailed over 19 heads and right at Beyene’s feet. However Beyene took the ball to too acute an angle and Manor keeper Steve Lambert was able to save at his feet.

In their last role of the dice, Manor substitute Alinari Mounter unleashed a cross-cum-shot that clipped the bar before going over. “You’ll never beat the Nunes” came the song, not long before a final whistle that meant Kingsbury London Tigers had a first ever FA Cup win under not only their belts but also their keeper’s elasticated waistband. They went on to face last year’s Essex Senior League champions Concord Rangers away on Canvey Island where, sadly, their dream fizzled out fairly quickly, losing 2-0.