If you go and watch two teams linked by ampersand playing each other, like say Tooting & Mitcham at home to Wingate & Finchley, you’ll usually get at least one stranger nudging you in the ribs whilst in the tea bar queue. You know exactly what they’re going to say, something along the lines of “how’s it going to work with four teams out there. Eh? Eh?” while wiggling their eyebrows up and down so feverishly their flat cap catches fire.

Now remember, in this situation, you are permitted under British law to go round the back of the stand, pick up one of the spare flip-up seats that invariably has been discarded there, return to your new chum and beat out the fire with it. Social common sense further suggests you continue pounding away even after the flames have been extinguished, but in legal terms, that’s much more of a grey area. 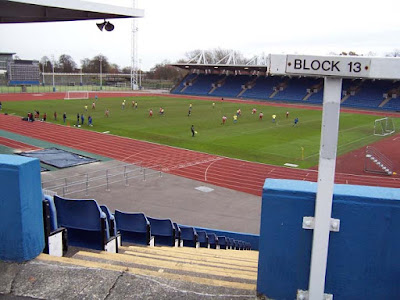 Teams supposedly representing two communities should suggest social harmony, a stretching of the hand of friendship, but quite clearly this example shows they are actually a catalyst for deep unrest. Which is why I think we should congratulate the more reductively named football clubs, those which suggest there is only actually one bloke turning out for them. Like Kingstonian, or Kingston Ian as I know him. Then there’s, err, Hibern Ian and, ahem, Cheddar George. Actually, that last one’s not real. It’s a shocking pun.

The Ian’s do appear to have the one-man club thing sewn up; just like Humber Premier League side Smith & Nephew take the gold for the duos. Mind you, I am of course forgetting our old mate up in the Highland League. You know, Keith. IT programmer during the week but an entire football team on Saturdays. Fair play to him. He’s come a long way since his younger days. When he was a Rugby Seven. 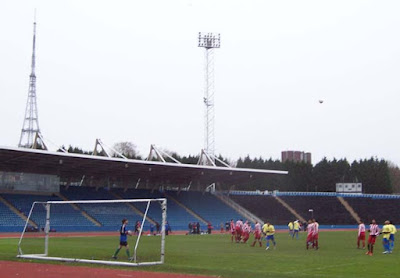 One of the more exotic Ian’s in British football at the minute, Brazilian, have been part of the Middlesex County League since 2003, winning promotion from Division One at the first attempt. Paulo Cezar Batista, who arrived in London in 2001 to study the business of European football, is the president of the club and founded it in deference to Englishman Charles Miller who brought the game to Brazil in 1894. While Miller went to Brazil with a football and a dream, Batista appears to have made the return journey filled with more hubris than Kevin Pietersen’s bedside diary.

If we take the history page of the Brazilian FC website as read, Batista’s formation of a football club was less homage to Miller than his gift to the English game. Essentially the message is ‘You gave us football; now allow me in return to give you good football’. We might think of him as a cheeky scamp, and even get all righteously indignant about the implication, were it not for the thought that if England and Brazil came to a comparing willies style contest in terms of World Cup pedigree, the sound of Brazil slapping their credentials on the table would be much deeper and weightier than England’s tinny clink. 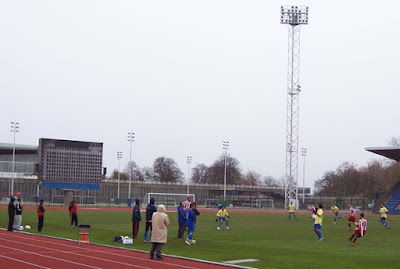 He’s not the first to vigorously promote South American methods in England though, what with Simon Clifford’s pushing of the techniques via his nationwide network of Brazilian soccer schools and academies, as well as through his idiosyncratic stewarding of Garforth Town FC. However, where the two men differ is that Batista is going about it by using actual Brazilians. Legendary hirer and firer of musicians, Mark E. Smith of The Fall, was once asked about his recruitment procedure and replied that he was “like me Granddad, [he] used to stand outside prisons an’ that, and when they were released, he’d say ‘you work for me.’” A similar process appears to be in operation at Brazilian FC, and I imagine there may well be a fella in a big coat permanently stationed outside the arrivals at Heathrow awaiting the Iberia Airlines flights.

All the players appear to have come straight from clubs in Brazil, or in Southern Europe, with one or two like Andre Azevedo and Rogério Portes who have participated for other clubs in England. Their website is certainly encouraging the support of the Brazilian community, with photos suggesting that families and friends have turned up waving flags and decked out in yellow and green. However, despite a move in the last six months from the rather insalubrious second pitch next to Isthmian League Waltham Forest’s ground at Wadham Lodge in Walthamstow to the much grander confines of the National Sports Centre at Crystal Palace, the ex-pat community is notable by their absence today. 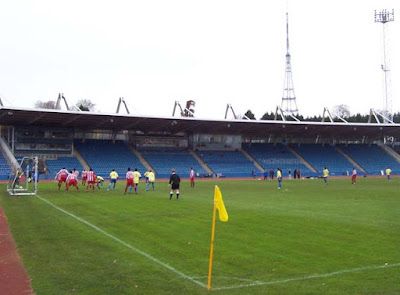 The stadium holds 15,500 but today, if you discount subs and coaching staff (two of whom double as linesmen), there are 9 of us rattling around in it. Before the drizzle comes, we all eschew the embarrassment of seating riches in favour of stalking the touchline like Sunday morning parents, albeit with less immediate danger to the well-being of the referee. It’s all a bit otherworldly to be watching a game by walking up and down a wide athletics track like a dizzy distance runner losing control of his internal compass. Free to come in it might be, but therein lies the challenge.

The National Sports Centre is a bit like Penrose’s endless stairs illusion and thus entry does appear to require both an inquisitive mind, time on your hands and access to some elementary tunnelling gear. Nor does it help that while the game was being advertised online as being at 13:00 throughout the preceding week, it went back an hour on the morning, a message appearing on one forum that someone had phoned the Indian Gymkhana’s secretary who could only say that it was “14:00…at the moment”. 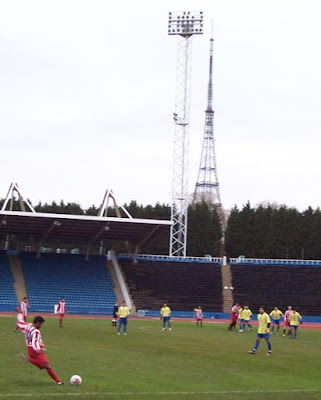 Brazilian eventually scamper out from the changing rooms at five past two, one sub forced to jog all the way around the pitch to put the flags in, while the goalposts are moved into the correct position. Meanwhile the starting XI have a warming knees up, during which they mirror their leg thrusts with a chant akin to a Gregorian Monk being repeatedly punched in the stomach. It might possibly also be the Portuguese for “crikey it’s brass monkeys ‘ere, mush.” At the other end a Gymkhana pokes a light shot that bobbles into the goal, under the net and out the back, which always bodes well.

In the early part of the first half, which eventually gets going at quarter past two, the samba football sensibility of the home side is being a touch undermined, firstly by a free-kick just outside the box which balloons high, wide and, well, gert fugly. Just after, a ball is dummied nicely only for the following player to swing and miss his attempted cross that he banana skins into the air before landing arse-first on the ball like a toddler being carelessly dropped onto a space hopper. 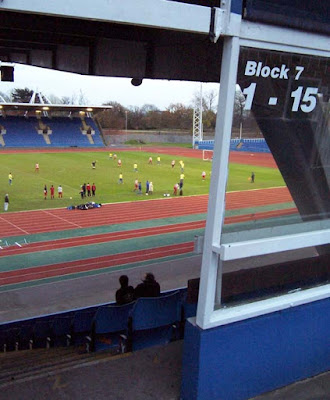 The game remains tied up to the interval, which the ref calls a halt to three minutes prematurely. The Brazilian players head back to the dressing room, Gymkhana remain at pitch-side, while the ref picks up the ball and trots off to the otherwise empty stand to reclaim his sandwiches and have a bit of a sit.

Within seconds of the re-start, Brazilian score, a huge roar going up from the Brazilian ‘bench’ causing at least one prick to look up from the stop-watch he’s trying to re-set. Sigh. In this half, Brazilian look much more the silky and skilful, by comparison at least. It’s just like watching…, well it’s just like watching a load of fellas in t-shirts the colour of diluted urine. However when the passing moves come off, they are a joy to watch. A little confidence and consistency will do them wonders. 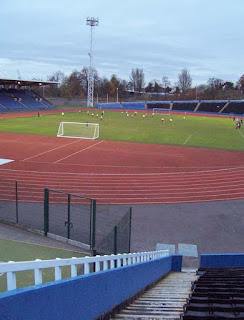 If they keep scoring goals like their second, that confidence will rocket. In the 77th minute, one of their midfield generals shows a flash of class, as he slaloms apropos of nothing before placing a twenty-yard shot into the top corner. It is an indicator of just what Brazilian may be capable of, and finishes the game off.

The club’s mission statement makes their ambition quite plain, not only to “win championships and get known by everyone” but also to “reach Premier League.” Ten promotions may be a tall order, but considering this result saw them leap-frog both Gymkhana and Barnet Town to go top of their division, they are moving in the right direction.